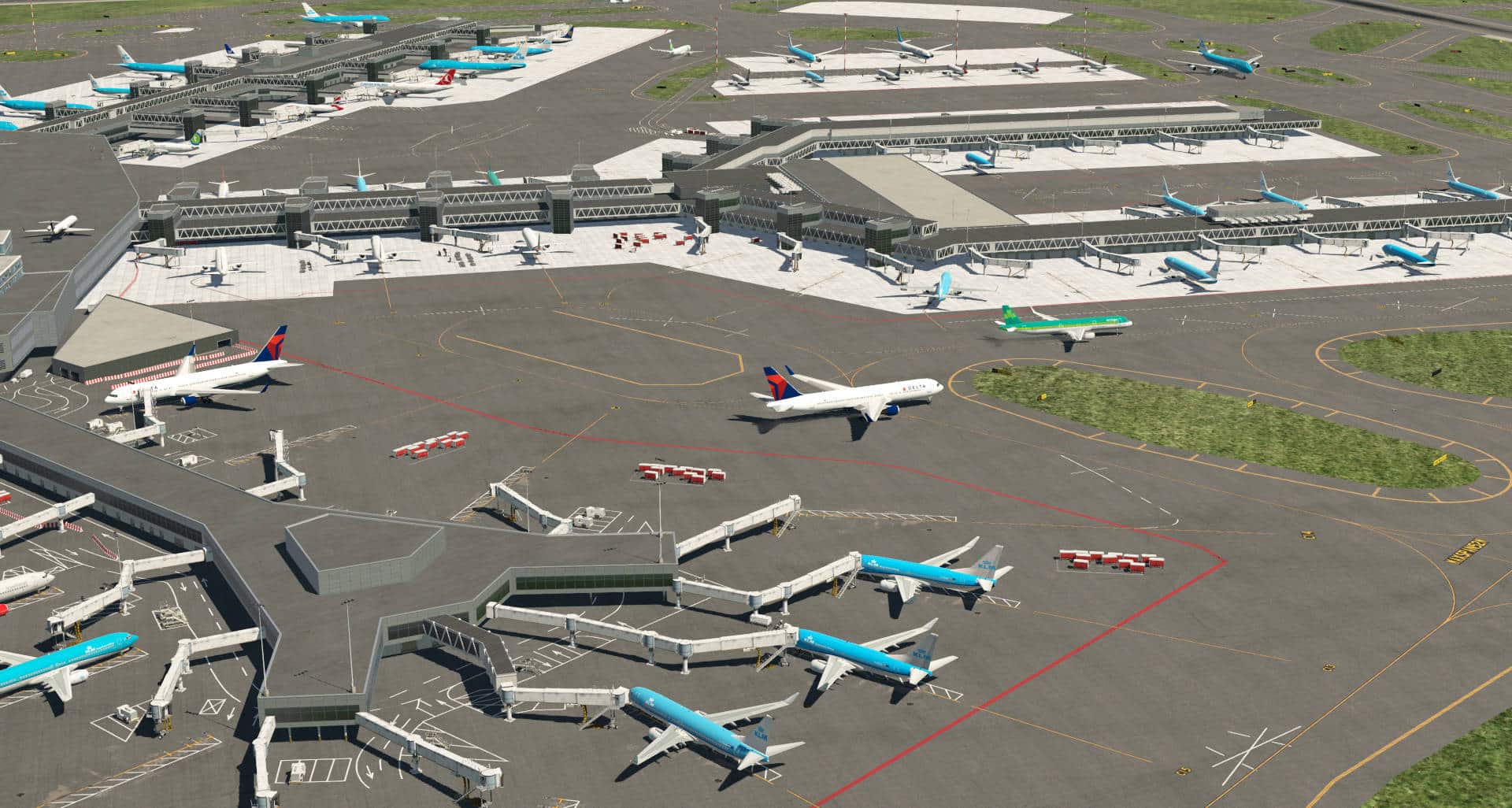 Hundreds of combinations of airlines and aircraft provided – Traffic Global comes with 65 aircraft types over 860 liveries covering most of the world’s airlines.

High performance – even with hundreds of AI aircraft on screen and more being simulated nearby, simulator performance is barely affected. Traffic Global is highly multi-threaded.

AI respond to the sim pilot – as you move around the airport, other traffic will do its best to stop and allow you to pass. Collision with AI is possible but can be disabled.

Seamless start-up – there is no need to manually configure a flight plan or wait when you start a new flight or move to a new airport; Traffic Global loads everything in the background and is usually ready to go as soon as your flight starts.

Full 3D sound for all aircraft – each AI aircraft has engine and equipment sounds modelled in 3D using the widely supported OpenAL. Volume is controllable independently of X-Plane’s own.

Simple installation – no messing around setting up subscriptions, additional files or per-airport custom setups. Traffic Global is ready to run ‘out the box’.

Many new camera types – seven new controllable external views allow you to follow individual AI aircraft, either independently or in association with your own.

Three new control windows – a radar display centred on your aircraft, a flight board switchable between all nearby airports, and a flight plan display showing nearby airports, taxiways and flying aircraft are provided. Each has hotkeys and can be detached from the main X-Plane window.

Networking support included as standard – serious cockpit builders using more than one PC to control their displays get the same traffic across their entire setup.

Extendable – new or altered aircraft liveries can easily be added and will be used with no additional configuration. New traffic can be added using freely-available tools; Traffic Global uses the same traffic database format as Prepar3D and Flight Simulator X.

Potential for third-party plugin integration – Traffic Global publishes ‘datarefs’ exposing the locations of all nearby traffic and includes example code for using them.