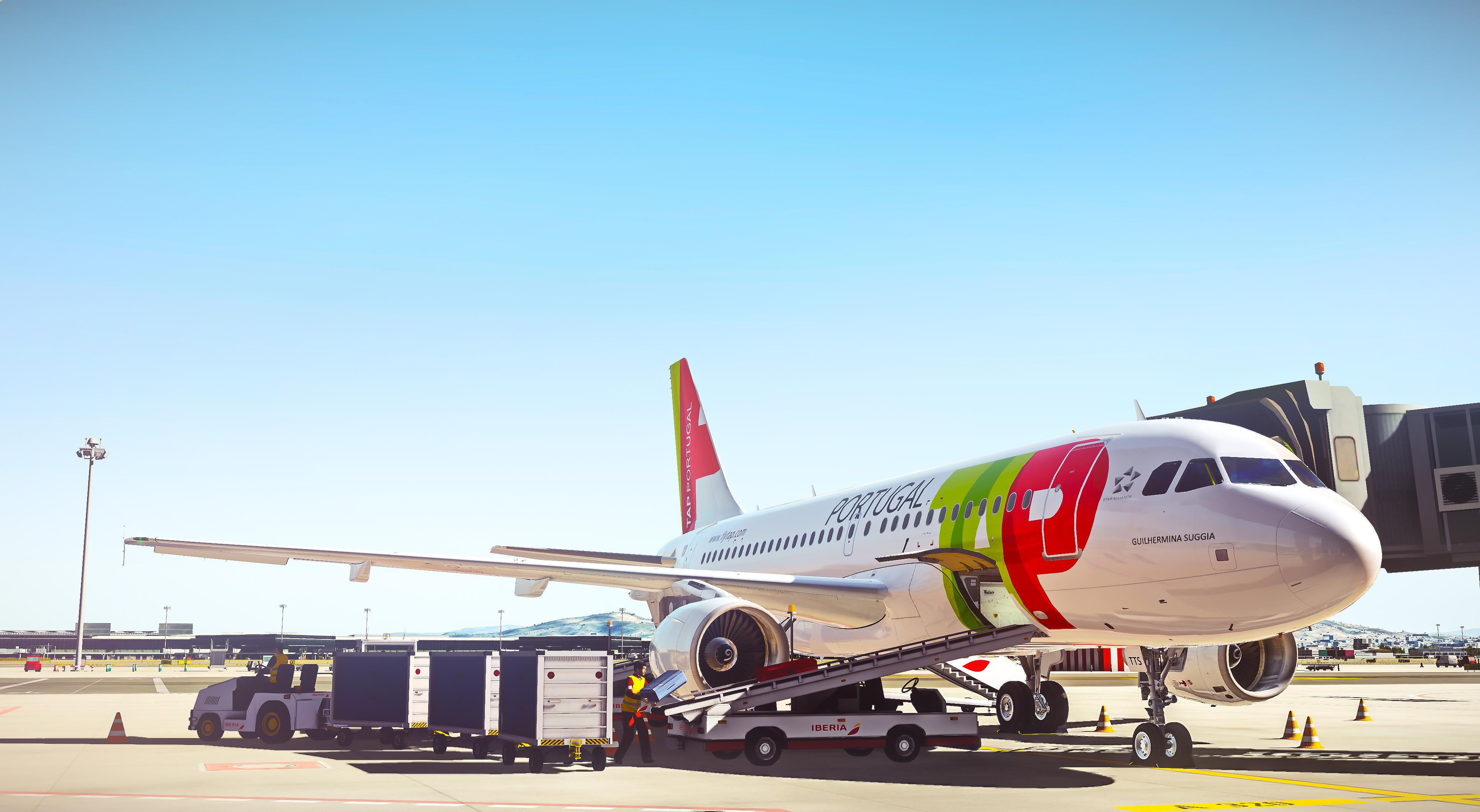 In preparation for our upcoming releases, I wanted to take a moment to provide an update on the server attack, a change log for the upcoming A320-X update, some news on the Concorde-X for Prepar3D v4, an update on FSLSpotlights and a few changes we’re implementing in our upcoming product line.

We have been slowly bringing up our various web services since we suffered a server attack on June 8, 2018.   Since the attack, we have determined what happened and, more importantly, how it happened. We have taken steps to ensure that the method of entry utilized by the individual to illegally access our website has been closed. As is customary after such incidents, we immediately advised our forum users to change their passwords. We wish to reiterate that there was no user credit card information compromised, as Flight Sim Labs does not carry any such data in any of our servers. We have found no additional evidence at this time showing that other information has been compromised and we continue to work with the appropriate authorities as is necessary to ensure this is the case.

While most of our web services are back online, we are still in the process of upgrading our support ticket software. For the time being, please send us email to support (at) flightsimlabs (dot) com for any support issues. We will let you know as soon as we have more news.

Finally, in accordance with the new GDPR requirements, we are working with the authorities to pursue this matter appropriately.

As we are approaching the release of the next update of the A320-X for Prepar3Dv4, I wanted to take this opportunity to briefly discuss an important change we will be implementing for this and upcoming releases.

As many of you know, FSLabs and other companies must deal with piracy of its products. An unfortunate fact of running a software company in today’s business climate is that an astonishingly high percentage of product activations is illegal. This is not just people downloading our software from file sharing sites.  We found a particular server reselling fake serial numbers which are then activated to allow validation. This is going far beyond sharing. The people responsible are actively making money off of our product and the damage that is caused through these practices is actually endangering the future of small software developers like FSLabs.

In our continued effort to try to find a working activation mechanism to help limit piracy, we have found ourselves defending the existing legitimate licensing process used and the infrastructure we had to build around eSellerate’s 32-bit activation mechanism to make it work inside our 64-bit products. In addition, we have found ourselves spending more and more time troubleshooting installation issues with verified customers. This is becoming counterproductive for us as we are not focusing on the updates and new features we have long been planning to add to our products. Most importantly, it inconveniences our legitimate customers, as shown through the feedback we receive from you, which we value immensely.

As such, we have decided to try a different approach.

Beginning with the forthcoming update to our A320-X product, we have decided that we are going to put our trust in you entirely.  While our product installer will still ask you for the serial number issued to you after purchase, we will be eliminating all additional validation that was previously occurring at product run-time.

Does this protect the product as much as requiring periodic validation? No.

Does this mean pirates can copy and share the product more easily? Absolutely.

Unfortunately, commercial piracy will always exist and it has a tremendous impact on all software companies‘ bottom lines, including our own. As a company, we are taking a real risk in making our software significantly more vulnerable to piracy. However, until such time as we find an up-to-date, alternative method that can be used in a modern 64-bit environment AND causes no validation problems for our legitimate customers, we have decided to go with this approach, allowing us to once again focus entirely on innovation and new simulation features.

Forthcoming Updates for A320-X for Prepar3D v4/v3, FSX and More

In the meantime, we have continued working on upcoming releases and updates to our existing product lines. We are very excited to be bringing these updates to you and we want to share more details.

Here’s a non-inclusive changelog for our A320-X for Prepar3D v4:

The long-awaited update for FSX and P3Dv3 is currently under beta testing and we expect to release it as soon as possible.  Indeed, were it not for the recent issues with the attack, we had hoped to have already released some new code. We are continuously integrating all features that we have added to the 64-bit version, as long as the memory footprint limitations allow us to do so.

As our A319-X is getting ready to roll out, some of the development team have already re-focused on our A321-X release. This project is probably a little further along than some of you might think – and we’re excited to start previewing this aircraft along with some new features we’ve been working on to be included with the A321-X.

We are also very aware that people are eagerly anticipating news about the Concorde-X for Prepar3D v4. Work on this is under way:

– We have taken the innovative 3D sound engine designed for our A320-X series and developed a new high-definition sound set for Concorde; and then pushed this even further to simulate specific characteristics of the aircraft such as sound reflection and Mach wave effects when flying beyond the speed of sound. The new sound environment boasts a newly designed and complete Olympus 593 MKII sound set for External, Cockpit and Cabin environments, plus all the extras that you’ve come to expect from Flight Sim Labs: equipment cooling fans, gyroscopes, brake fans, hydraulic and fuel pumps.

– We have also taken the engine infrastructure developed for the A320-X series and created a new engine model for the Olympus 593 MKII – comprising of nearly 1 million datapoints for the various engine parameters, including fuel burn characteristics for all phases of flight rendering very realistic performance figures for both subsonic and supersonic flight.

– The auto flight systems are being developed further to introduce features such as Incidence Trim, Mach Trim and Super-Stab. We are also refining the control loops within the automatics for smoother and more accurate auto flight.

– The aircraft will feature our Dynamic Lighting and Dynamic Effects technology. The latter was primarily developed for the Concorde in P3D V4, specifically the new reheat effects which are dynamically controlled to account for different ambient lighting conditions, as well as various engine ignition effects when starting the four Rolls Royce Olympus 593’s at night!

– Work on the virtual cockpit is under way. There will be a significant amount of updated modeling going into the new Concorde-X which we are very excited about, as the platform allows for extensive improvements and innovation, including some of those shown on our upcoming A319-X such as our custom windshield effects.

We hope to have previews to show you later in the year as things continue to progress here.

Another change in our upcoming release schedule is that we’ve decided to turn our upcoming FSLSpotlights update into a 100% free product.

As most of our customers already know, the FSLSpotlights utility is integrated and works seamlessly with all FSL aircraft add-ons, but if you wished to use it with different aircraft, a purchased license is required to make that happen everywhere in the simulator.

This will no longer be the case. We are turning FSLSpotlights into ‘donationware’, whereby you will no longer be required to have a license to use the product with different aircraft, it will function 100% fully and without limitations everywhere inside the simulator (but if you still wish to purchase a license to support its further development, we will very much appreciate and thank you for it).

We hope that this will allow more simmers to enjoy the benefits of what FSLSpotlights has to offer and add its functionality to your other aircraft as much as possible. It also means that other add-on developers can include their own FSLSpotlights.ini files with their products now, as they will work for any user who has FSLSpotlights installed!

I left this for the end, as we have already been showcasing the latest beta releases through some presentations by our beta tester streamers on Twitch. I would like to now announce that the NDA for our beta testers has been lifted – while there might still be a few small last minute issues to be worked out, we expect a public release very soon!