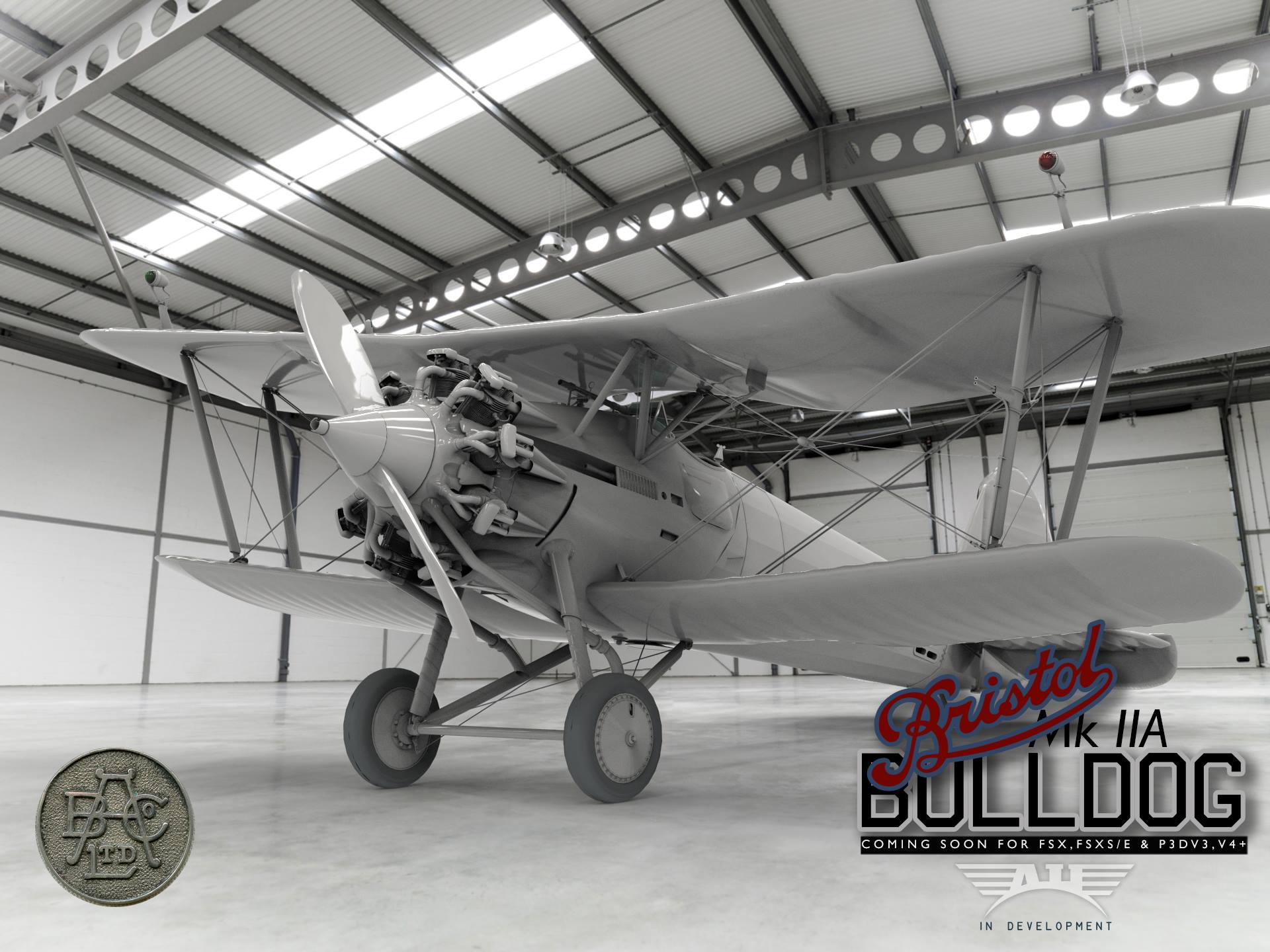 Around 15 years ago, we produced a simulation of the Bristol Bulldog Mk2A. It became one of our most successful productions and is still in high demand as freeware, though no longer available.

15 years later we now bring you an all-new High Definition model which includes a huge amount of authentic features.

All the valve gear, stitch-lacing, metal,fabric and rubber parts have been modeled from careful research and much attention to detail.

Many RAF pilots who trained on and flew this machine in the 1930’s went on to fly and fight in the Battle of Britain.

Once such pilot Douglas Bader, the legless ace, lost both legs as a result of a ground-loop crash in a Bulldog whilst attempting low-level aerobatics on December 14, 1931.

The Bulldog was one of the RAF’s last front-line biplanes and incorporated many systems and devices that made possible the transition from biplane to monoplane fighter. Highly aerobatic, strong and fast, Pilots of the day loved this aircraft. Sadly no flying example remains although there are quite a few on display in museums around the world.

Using the latest tech and techniques we have created what we believe to be the definitive tribute to this iconic and important aeroplane. Let’s hope it will be as popular as our first one!