Ljubljana international airport.It is located 25 km North of the city. The official name is “Ljubljana Joze Pucnik Airport».The former name is Brnik airport, located 7 km from the village of Brnik. It is the base airport for Slovenian company Adria Airways.The airport was officially opened in December 1963, replacing the former airport “Pole” near Ljubljana, which was operated since 1933.Regular flights began in january 1964. In 2007, the airport was named after Slovenian dissident Joze Pucnik (1932-2003)

• Change platform and roofs of buildings for the season HW.

• Attention:Scenery uses the module “SODE” for the following objects : only grass. 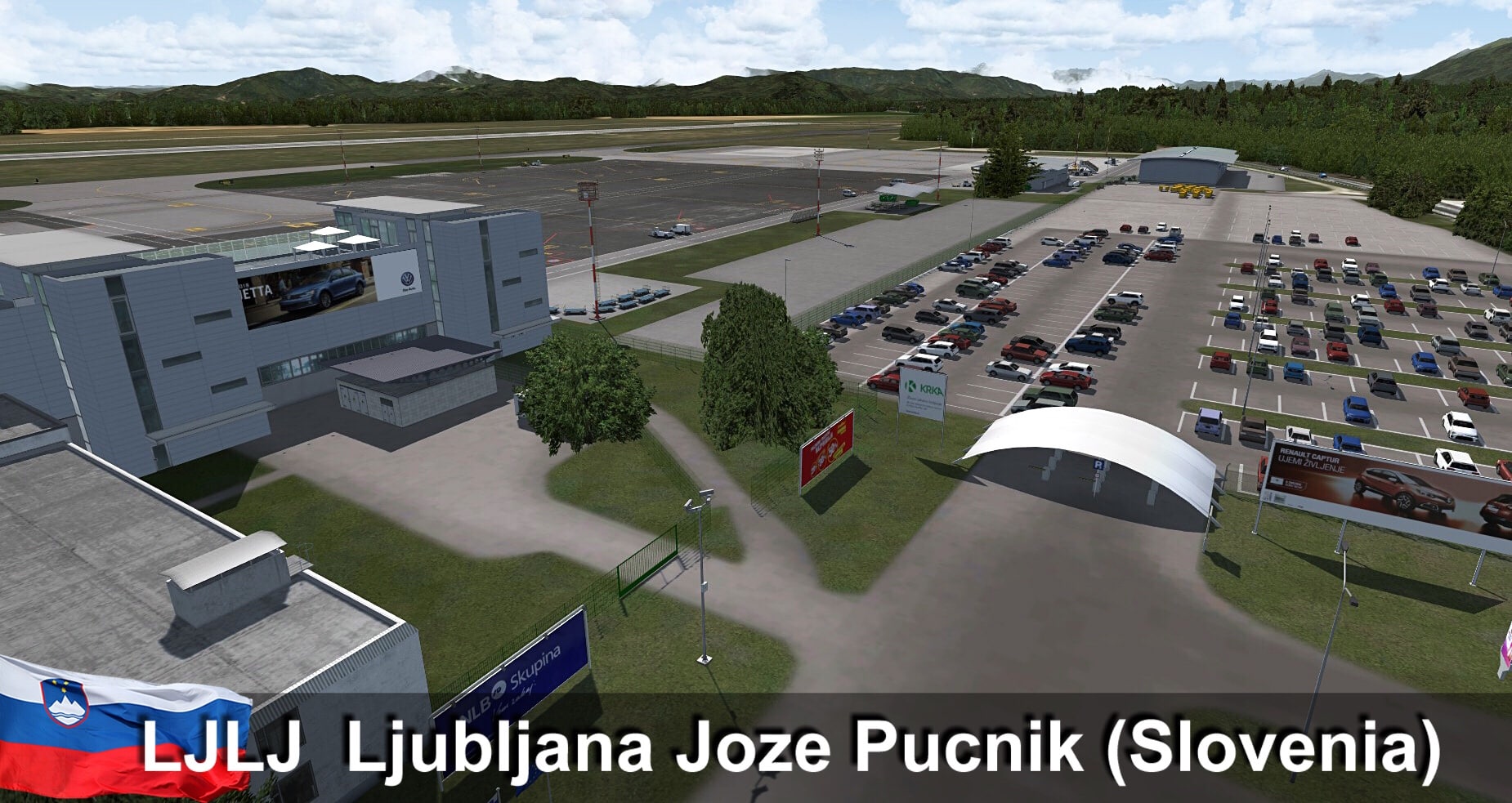 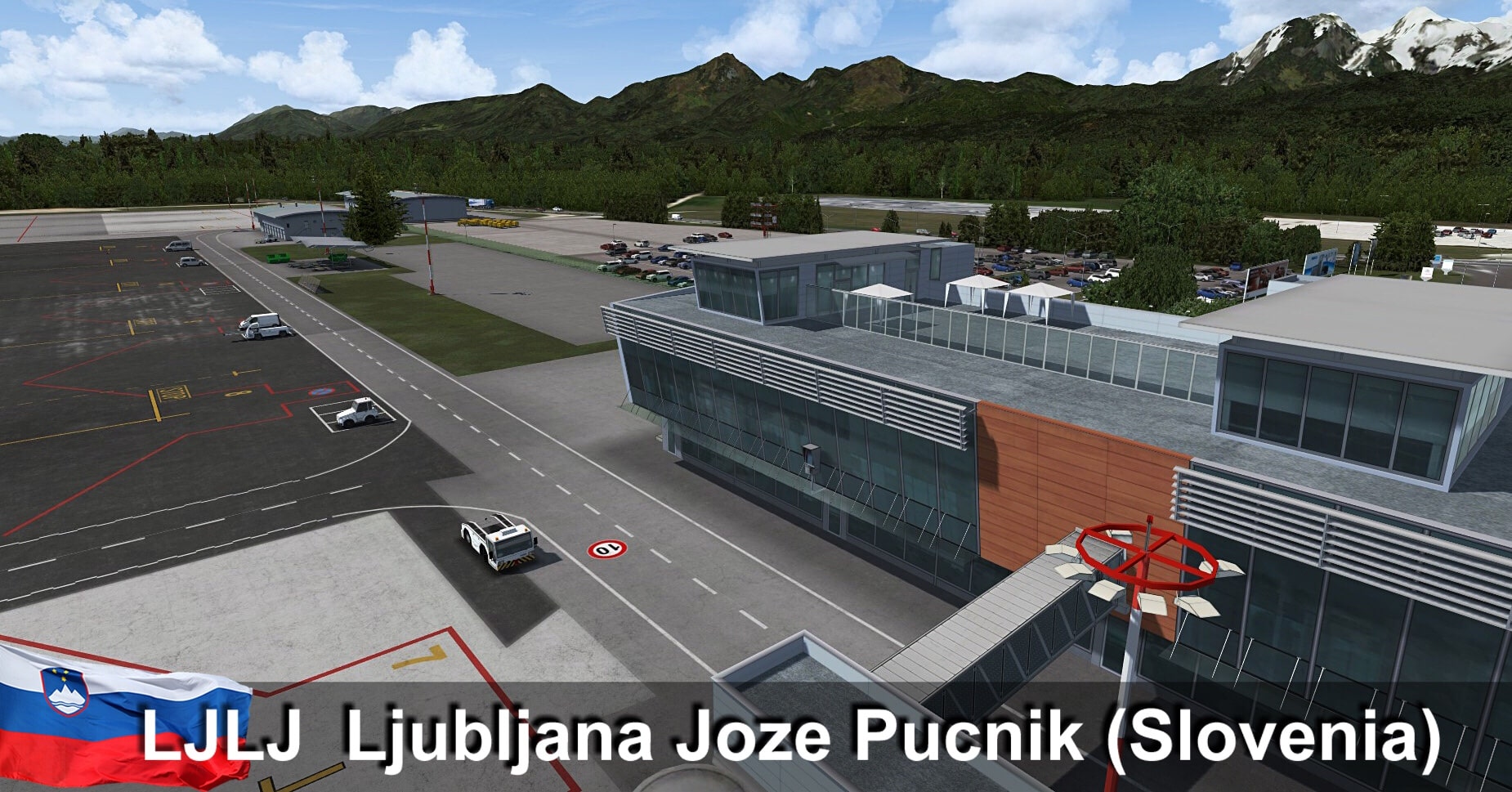